In France, Nicolas Sarkozy’s attitude has won him immense popularity. According to a TNS-Sofres poll, after his first 100 days in power, 71% of the population support his action and believe that he will bring about the promised ‘rupture.’ More than three-quarters of French judge their President energetic, courageous and close to their concerns, while 83% take in a change in the presidential style. As a candidate, Sarkozy stated that with him, nothing would be ever done like before. Today, his style clearly indicates a paradigmatic shift in the incarnation of the presidential function.

In his first months in the Élysée Palace, Sarkozy has showed little patience for diplomatic niceties. Prompt and informal, he has leaded the country as a ‘proactive manager’, striving for concrete deliverables in accordance with his electoral engagements, thereby often overriding his ministers or pushing them to show straight results. Moreover, France appears to bear with a White House syndrome. The President’s Cabinet has taken a unique shape, and ministers are being substituted by the President’s men for particular missions. In that way, Claude Guéant, Sarkozy’s Chief of Staff, took on a special role when accompanying the First Lady Cécilia Sarkozy on her trip to Lybia, thus taking over responsibilities officially belonging to Foreign Minister Bernard Kouchner. The Élysée has also launched its first weekly press point covering the President’s agenda, a method initiated by Ronald Reagan.

With the study group for institutional reforms established in July 2007 and lead by former Prime Minister Édouard Balladur, and the attempts to depolarise the French political spectrum through an unprecedented method of assimilating politicians from the opposition within different institutional bodies (l’ouverture), Sarkozy has instigated a growing presidentialisation of the French executive. The ouverture has become the Sarkozist political method. Sarkozy has thereby severely undermined the attempts of his detractors to depict him as despot during the presidential campaign.

“I have been elected to act on everything” says Sarkozy. Never since De Gaulle had a French President encompassed such an array of power in his sole hands. Hence, with less solemnity than any of his predecessors, Sarkozy stands for the emergence of a new type of political leader, a ‘hyperpresident’, omnipresent, omniscient and omnipotent. During the Presidential campaign, Sarkozy claimed he would never be a static president. In fact, Sarkozy is constantly moving. Not only through his body language, but also symbolically; he literally embodies movement.

Yet, a wide range of symptoms to hand seem to point towards a populist backlash. Sarkozy’s action is increasingly perceived as the attempt to appear as the providential man, incarnating a common aspiration for an unlikely combination of conformity and reforms. According to Alexandre Dorna, head of the French association for political psychology, “populism appears amidst a society on the verge of fragmentation, when the state of social anxiety formulates an extended and contradictory demand of, all at once, order and change.” (‘Le néopopulisme et le charisme’, in La tentation populiste au cœur de l’Europe, p. 90) In other words, populism arises when the social system is in a deadlock – when politics requires redefinition.

Populism should therefore not be seen as a figure of decay but conceivably as a transversal trait striking through the left-right continuum. This has been particularly visible in Sarkozy’s implacable practice of l’ouverture. After enabling the implosion of the centrist party UDF between the two rounds of the presidential election in order to destabilise his opponent François Bayrou, the ouverture continuously represented a genuine hostile takeover bid on first rank socialist political leaders. Furthermore, the disappearance of structuring cleavages has lead to an increasing undifferentiation of political alternatives, partly deactivating the centrality of the Parliament. The definition given by Peter Wiles appears per se mostly adequate:

“[Populism] is profoundly a-political, and no basis for a sustained political party a distinct from a congeries of social movements. Its programme is a programme of restoration (often the rough revenge on the alien and/or sophisticated) of the verities of the soil. It goes beyond democracy to consensus, and it sacrifices the freedom it proclaims in the interest of a moral uniformity. It calls on the state to inaugurate the restoration, but it distrusts the state and its bureaucracy and would minimize them before the rights and virtues of local communities and the populist individual.” (‘A Syndrome, Not a Doctrine: Some Elementary Theses on Populism’, in Populism: Its Meanings and National Characteristics, p. 162)

An escalating personalisation phenomenon represents another indicator of noticeable populist contours of Sarkozy’s political style. For him, the evolution putting his intimacy in the forefrontis ineluctable: “the public wishes to know who we are and with whom we live.” In addition, his dinner at Le Fouquet’s the night of his election or his predilection for heavy watches and yachts show no sign of a presidential lifestyle justified by his rank. His tastes rather correspond to what observers have described as a ‘bling bling’ culture, a term referring to a projected lifestyle more likely to be expected from Hip Hop stars or Russian tycoons. Accordingly, populists have by definition to appeal to the ‘lowest common denominator’. Populists ought to adhere to the tastes of the many in order to become a mirror with an embellishing reflect.

Nevertheless, the possible re-emergence of populism in Sarkozy’s approach may rather be grasped in the spotlight of a new bond between a ‘political end-product’ and a new type of consumerist Weltanschauung, not only affecting the Media but the entirety of societal fields – a new relationship between an ‘omnipresident’ embodying the whole political spectrum and an electorate perceiving politics from a consumerist perspective. ‘Sarkozism’ could therefore stand for an exclusive focus on customers-voters’ reactions to projected policies. As a result, while consumer-voters tend to develop the same behaviour in the practice of voting than in other patterns of selective consumption, the reappropriation of a populist discourse based on the immediate satisfaction of consumer-voters’ expectations might expound the sudden re-enchantment of politics, discernible in Sarkozy’s état de grâce; his current groundbreaking plebiscite.

As a modus operandi circumventing the traditional democratic debate and directly focusing on the people’s desires, Sarkozy’s new-fledged populism therefore appears as a well-tailored idiom for contemporary voter’s behaviour. Once reinterpreted through a consumerist prism, policies are more likely to be positively taken into account by the electorate. Hence, Sarkozy’s leading slogan during the campaign “Work more to earn more” (“Travailler plus pour gagner plus”) reflects a correlated aspiration: “earn more to consume more”. Strikingly, in her first speech in front of Parliament, Christine Largarde, Sarkozy’s new Minister of economy, finance and employment, offered a vibrant plea in favour of labour. The Minister thereby enthusiastically noted a new consumerist tendency such as perceptible in Rap and R’n’B lyrics, and argued that “it is not all to possess money; you also have to spend it.”

Contemporary populist resurgences are thus likely to find a new impetus within consumer society in which TV and even more the Web 2.0 revolution has been boosting political showmanship. The technical environment in which we live shapes our forms of societal organisation. Nowadays, to govern is to be seen and to hit the headlines. The existing audiovisual means of consumer society have sensitively modified the politician’s profile; progressively converted into a ‘cathodic man’. Sarkozy’s omnipresence seems therefore in line with our modern mediasphere; the ‘hyperpresident’ appears like a hypertextual being; volatile and infinitely declinable.

As illustration of this deterritorialised presidency, Sarkozy decided early September to convene his council of ministers in Strasbourg. Likewise, the Ministry of Housing and Cities has been delocalised in Lyon during ten days, in end of September. Sarkozy thereby seeks to leave the impression of permanent activism, increasing his visibility perimeter as a publicist would say.

Contemporary politics have to deal with what Norbert Bolz calls ‘infotainment’; the infinite flow of pieces of information instantaneously and continuously swamping us. Sarkozy thus understood he had to opt for an ongoing offensive within the media to be in the constant forefront, so that his sole word predominates. With this method, events are not entitled to go faster than politics and today’s critical subject matter may be easily compensated by tomorrow’s topic.

As a new variety of populism, Sarkozism divulges the symptoms of a move towards a ‘postdemocratic age’, in which elected leaders tend to sidestep the slow-down constitutive of democratic decision-making or participatory democracy. Political debating has herewith fallen in desuetude. “Why are politics not audible anymore? Because the words and ideas that are being used do not correspond to real life” observes Sarkozy. Political communications ought to be immediate, unremitting, and in conformity with the reduced timeframe of the Media. Every action must be shaped to be compatible with its forthcoming broadcasting, with an appropriate choice of ‘soundbites’, catchy slogans, and short phrases. The French President knows that his trustworthiness is directly linked to the frequency of his appearances in the Media.

One might argue that ‘Sarkozism’ results in a tendency to lean on public opinion for defining or reshaping a political offer – a method bordering on demand-driven marketing, and which consists in unveiling a continuum of superficial outcomes. In fact, consumer-voters happen to be increasingly reactive and prompt to revoke political action. Nicolas Sarkozy incarnates a new generation of political leaders, capable of taming the Media and in line with consumer society. Under Sarkozy, France has entered a new political paradigm; the age of plebiscitary politics. 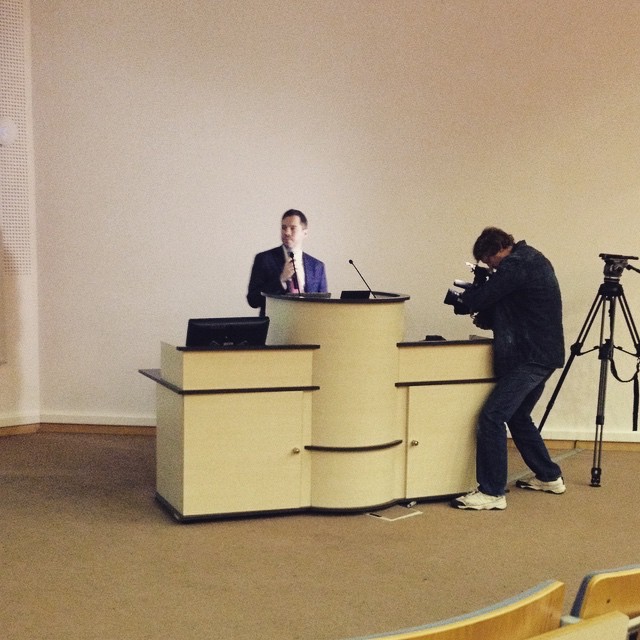