In recent years, the Web has become a semantic battlefield. Pro-European voices have been challenged by virtual agitators who use scam or smear campaigns, as blatantly displayed in the lead-up to Brexit. EU leaders have been faced with a tough decision: either ‘enter the ring’ and pursue a strategy of direct retaliation and assertive debunking, or remain unprovoked, opting for the more discrete stance. For the most part, EU leaders have chosen the latter. The rise of online politicking in the past decade demonstrates that there is a huge interactive potential for EU leaders to show their willingness to shape the agenda. However, maximising this potential requires leaders to challenge counterparts, which in turn solicits reactions from the public.

Tweets or posts have been personalised – the top six EU leaders1 are all tweeting in their own name. Their online messaging currently resembles press releases in terms of content, impact and outcome. The focus is very much on relaying symbolic achievements, encouraging participatory initiatives and establishing the EU brand. There is therefore an opportunity to take this messaging to the next level by initiating a dialogue with citizens via social media.

In November 2017, the European Parliament turned to digital influencers, thereby hoping to “bridge the gap between the EU and Europe’s youth”. According to EP President Antonio Tajani, “meeting social media influencers gives me the chance to learn more about their concerns.” Considering the current communication landscape, listening to or meeting Europe’s online conversationalists appears clearly insufficient.

Until now, the ‘EU brand’ has experienced challenges in reaching its citizens and connecting with them on both an emotional and a rational level.

There are, however, solutions: integrating crowdsourced communication initiatives and emotional branding into the branding strategy mix of EU leaders could elevate online engagement with the EU. In other words, a strong defence against opponents hinges on the idea of making people feel.

Framing the debate: The Trumpian example

While the EU institutions have been dealing with continuous waves of online dissent in the Brexit case, the emergence of alternative online leadership archetypes – famously embodied by American President Donald Trump – demonstrate how other leaders choose to shape the political agenda. By circumventing or duping traditional channels, they take full ownership of their communication and set new rules.

Cognitive linguist George Lakoff2 has often indicated how Donald Trump markets himself by controlling the public debate, and uses social media to control the news cycle, thus “making his smartphone one of the most powerful weapons in political history.” In a recent article (co-written Gil Durán3), Lakoff states that “every time Trump tweets, he can count on an instantaneous reaction.” The massive attention on Trump’s antics produces a cognitive effect called the “focusing illusion”. Trump thereby “turned the media into a Twitter news service.” Hence, the “constant repetition of Trump’s words allows him to set the agenda4.”

Similar cases can be found in Europe, e.g. in Belgium, where the francophone press obsessively retweets, analyses and attacks the Federal State Secretary for Asylum Policy and Migration, Theo Francken. Hostile journalists and politicians or social media conversationalists fall for it every time. Yet, the continual ‘anti-Francken’ outrage bolsters his credibility with his ‘brand community’.

With tweets being more radical than moderate, rather tactical than substantive, such leaders have proven most efficient in acting as agenda setters, framing the debate while simultaneously strengthening their fandom. In fact, framing (and reframing) depends on accessing what like-minded individuals already believe unconsciously, “making it conscious, and repeating it till it enters normal public discourse5”. This uninhibited type of political communication may deter or inspire; EU leaders may ignore it, or learn from it.

In their article Lakoff and Durán suggest a ‘taxonomy of Trump tweets’ – four categories including pre-emptive framing (be the first to frame an idea), diversion (divert attention), deflection (attack the messenger and change direction) and trial balloons (test public reaction). ‘Diverting’ and ‘deflecting’ the debate are highly contentious Trumpian strategies and no one shall openly recommend employing them when it comes to EU policy. However, trial balloons and pre-emptive framing (or reframing) seem compatible with contemporary online institutional branding strategies. “Reframing is social change,” says Lakoff, yet “to achieve social change, reframing requires a change in public discourse, and that requires a communication system6”.

Online leadership demands online intervention. As a matter of fact, ‘entering the ring’ is the first step in building ‘fight confidence’. This is one way that the EU can help build a positive image in the media, reducing the communication deficit that has proved to be a challenge in the past, as often pinpointed by pro-European voices. Adopting an assertive branding strategy would allow EU leaders to continue turning the tide; pushing their own agenda and debunking ‘fake news’.

This altogether requires a vision – in particular considering the current context, i.e. the aftermath of the White Paper on the Future of Europe, presented on 1 March 2017. The five scenarios7 would not only have been beneficial to promote; they also could have been embodied distinctively by EU leaders. By doing so, they would have been advancing and defending their vision, placing them in the ideal position to counter-argue opposing views.

Which is why, unlike in his last and rather uninspired 2018 the State of the Union speech, the one given in September 2017, was so commendable. Jean-Claude Juncker then boldly shared his own “sixth scenario”8 , meant to address one of Europe’s main shortcomings: bridging the growing gap between the EU and its citizens. This was a relatively bold and unusual move enabled the President to take a clear position in the forthcoming institutional debate.

This ‘good practice’ should inspire other EU leaders to follow suit and take clear and active stances on key topical issues. A vision is nothing more than a political projection or an institutional scenario delivered in a digestible, communicable format; easy to grasp, distinctly embodied and emotionally grounded. A vision allows like-minded supporters to aggregate around legitimate brand leaders, thus also to ground a supportive and supporting community. Establishing and maintaining a strong and vivid brand community is essential to the institutional brand’s impact and lifecycle. It helps to share vision or institutional narrative. An effective online institutional brand installs confidence in a community and gives the latter the opportunity to be part of their mission.

At the heart of the vision are EU brand leaders, assuming the mantle of key community managers, specifically focusing on the ‘social’ in social media. 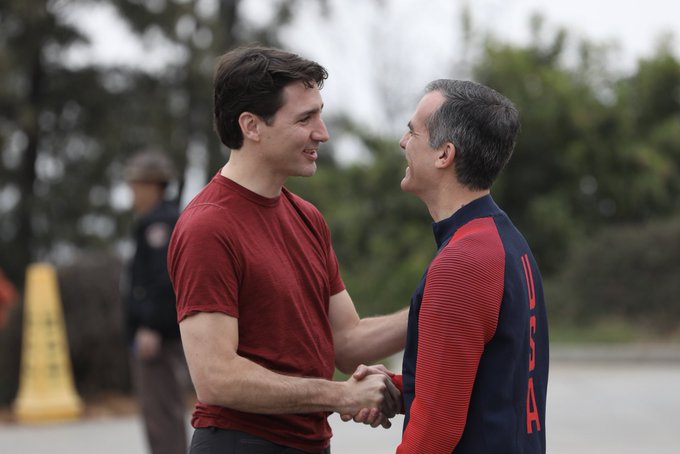 Behind the concept of emotional branding, the idea – in an institutional or politicised context – is to exert political reinforcement through an affective tonality. In other words: getting emotionally involved and pointing towards specific feelings helps the audience to adequately decode the institutional or political message; adding a qualitative layer of meaningfulness.

This again, emphasises the central role of the EU leader within the institutional branding scheme. An institution, such as the Commission, cannot convey emotional added value to a message as effectively as a human, through singular expressivity, can. In fact, Jean-Claude Juncker showed how this is done in the surprisingly personal introduction of his sixth scenario: “This scenario is rooted in decades of first-hand experience. I have lived, fought and worked for the European project my entire life. […] I have always fought for Europe. At times I have suffered because of Europe. And even despaired for Europe.”

Endorsing on- and off-line bottom-up initiatives

What do Commission-driven participatory schemes, EU stakeholder platforms or campaigns targeting the ‘general public’ all have in common? They all stand for top-down initiatives. Even “Citizen Dialogues” fall within the definition. Citizen dialogues consist of airdropping high-level EU representatives – Commission College Members or Head of European Commission Representations – in front of a local, mostly EU-savvy, audience. Moreover, these events often go under the radar of mainstream media, happening in relatively isolated and non-digital environments.

In parallel to these top-down generated, rather discrete and disconnected events, new forms of grassroots activism also present a beneficial opportunity for the EU. Less trusting of institutional brands or top-down piloted ‘participative schemes’, some EU citizens have gradually turned into political ‘prosumers’. They shape or even co-produce new forms of emancipated value-based brand communities, at the outskirts of the political spectrum (for example, the bottom-up “Pulse of Europe” initiative, a pro-European citizen’s movement, founded in Frankfurt, Germany in late 201610). Rather than trying to replicate a type of Harbermassian Utopia, founded on rational and polite exchange, EU top-down initiatives should seek initiatives developed and promoted locally (bottom-up) with digital impact.

Away matches matter more than playing at home when it comes to ‘listening to ideas and engaging with stakeholders’.

Indeed, bottom-up initiatives perk up the flagship brand strategy rather than harming it. They can help to frame or reframe a subject more easily (fitting one’s discourse to a locally determined topic or confronting an argument to an initially hostile audience).

They same goes for online engagement: far-off from Habermas’s consensual “Öffentlichkeit” [Public Sphere], the online conversation on EU affairs has the potential to be more dialogue-focused, stressing once again the importance of offensive and counter-offensive rhetorical skills. Hence, a strong online leadership would successfully steer the online conversation. In parallel to outlining their vision, EU community managers can embrace and stimulate decentralised partaking or grassroots initiatives – becoming ‘Digital Shepherds’ rather than top-down supervisors. In other words:

Once online, there are two elements for EU leaders to monitor; both the transmediaembodiment (i.e. their reputation as institutional leaders should be transposed online to respond, or even steer the conversation on EU affairs) and horizontal participation. EU leaders could, for instance, launch conversations (‘balloons’) to harness support and affect the mainstream political agenda. This, however, necessitates a political will to empower citizens as genuine content co-producers and stakeholders of the leaders’ Brand Platform.

Towards a personified brand experience

Online EU leadership should be conceived as a personified brand experience, keeping in mind a number of essentials:

With this in mind, there is a clear and beneficial opportunity for EU leaders to vocalise their vision, always taking into account the motivational and emotional aspects of their message. As state-of-the-art as any branding strategy might be, leaders will be faced with a challenge in connecting with citizens unless they appeal to human emotion.